Dee Dee Dunleavy has defended the use of the national anthem at the AFL grand final.

He called it a “saccharine song of obscure provenance, whose words your heroes appear barely to know, being played for no apparent reason”.

But Dee Dee, filling in for Tom Elliott on 3AW Drive this week, said it was an important part of the day.

“It unites us all, and it reminds us that — just for a moment — we’re all on the same team.”

“I think it brings an air of civility and pride and tradition, and that’s what grand final day is all about,” she said.

“I can not wait for Advance Australia Fair being played before the grand final on Saturday.

“If you’re pottering around at home, when that moment comes, you rush to get the best seat on the couch.

“If you’re at the game … it’s electrifying.

“90,000 standing and singing our national anthem together — it’s an incredible moment

“It unites us all, and it reminds us that — just for a moment — we’re all on the same team.

“We’re friends, we’re Australians — and then we split up for the actual game.”

Click PLAY at the top of the page to hear more 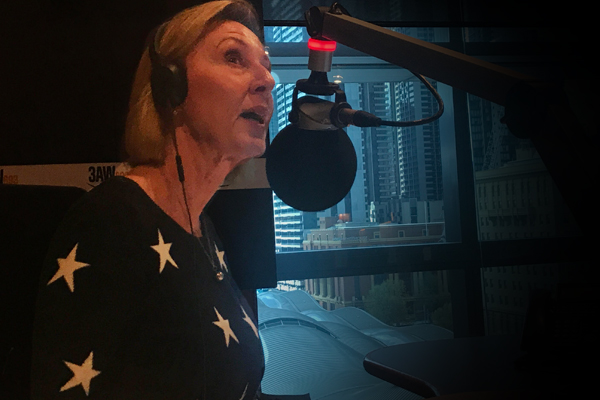