Neil Mitchell has implored the police force to “cut through the crap” after a frustrating interview with one of Victoria’s top cops.

New crime stats were released today showing that while crime is up, the trend of growth is down.

Neil Mitchell got deputy commissioner Wendy Steendam on the line to get Victoria Police’s interpretation.

If you want some simple clarity, it’s not the interview for you.

Later, in response to a frustrated caller, Neil said he was disappointed.

“The deputy commissioner had been briefed on an angle, briefed on spin, and was going to try to sell us that spin,” he said.

“It disappointed me because what you want from a police officer is the straight-up-and-down … not justification.

“That’s where Simon Overland got himself into trouble, with his attempts to justify figures that weren’t as good as some were saying they were.

“I mean, just cut through the crap and tell it as it is.” 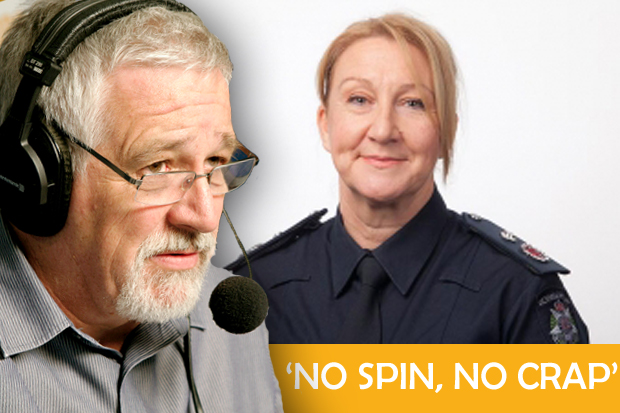