Dear old thing Blofeld on retirement and Jaegerbombs with Warnie

‘Blowers’ has described the cricket on the BBC’s Test Match Special since 1972 and will call his final test match when England play the West Indies in the test starting tonight.

He’s familiar to 3AW’s audience after being part of the 3AW cricket commentary team for its first two seasons. Shane Warne was the best bowler of all time.

He introduced me to Jaegerbombs last year, can you believe it?

I had five off the cuff, just like that.

I think Warnie had to put me to bed, and sadly I never felt a thing.

On being the inspiration behind James Bond villain Ernst Stavro Blofeld: 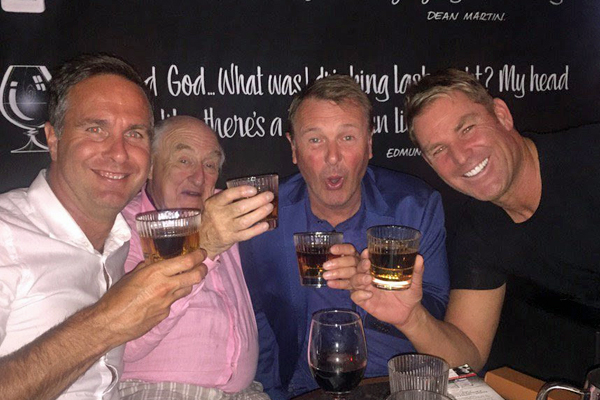