Australia’s peak online safety office has offered to step in as the AFL and the Richmond Football Club attempt to deal with the fall out of the topless woman photo scandal.

Speaking to Neil Mitchell, eSafety Commissioner Julie Inman Grant (seen below) said her office would be happy to train AFL players, slamming the act as a case of “insidious abuse”.

“The e-Safety office is really happy to train them,” she said.

“They influence the behaviour of millions of other kids, and if they can be modelling respect, consent, empathy and responsibility in their online actions, that’s a real benefit for all Australians.” 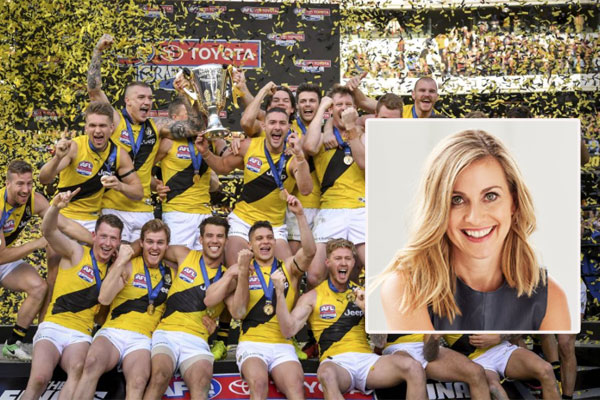 A self-confessed Richmond supporter, Ms Inman Grant also revealed alarming statistics that one in five Australians have been victims of image based abuse.

“There are really no winners here Neil,” she said.

“If someone says they don’t want their photo shared and they want them deleted, to go ahead and share that intimate image has a devastating impact for the young woman who may have had a bit of fun and gotten caught up in the celebrations, but certainly didn’t bargain for this.

“It will forever be in her digital footprint.”