Dozens of Victorian speed and red-light cameras have been infected with a damaging computer virus.

And it’s been revealed the Minister and Road Safety Camera Commissioner didn’t even know until Neil Mitchell exposed it all today.

The 3AW Mornings program has confirmed 55 intersection cameras have been infected with WannaCry ransomware.

The ransomware, which has recently caused an entire Honda car plant to shutdown, is often spread via cyber attack.

But in this case, the department has told 3AW, it was “human error”. Apparently each camera was infected by a USB.

And they say all infringements will remain.

“A system patch has been applied, which prevents the spread of the virus,” a Justice and Regulation spokesperson said.

“The Department is in the process of removing the virus from the affected cameras. The remaining sites will be rectified in the next couple of days.

“The software virus has not impacted the accuracy of the camera system. All infringements during this period have been captured correctly, and no infringements have been affected by the virus.”

NEIL MITCHELL: These are the people who told us the Western Ring Road cameras were working fine and ended up repaying $26 million to drivers. This has got whiskers on it.

Later, Neil Mitchell spoke with Victorian Sheriff Brendan Facey who, under close questioning, admitted to the below timeline.

8.30AM TODAY: Neil Mitchell raises the issue on-air after failing to get proper confirmation from authorities

ABOUT 9AM TODAY: Minister and Commissioner told about the issue for the first time.

“Certainly that (Neil broadcasting the issue) has been an important part of why we’ve been talking about it publicly today,” Mr Facey said.

The Commissioner is now investigating.

Tickets have been put on hold.

“This goes to the integrity of the system,” Neil Mitchell. 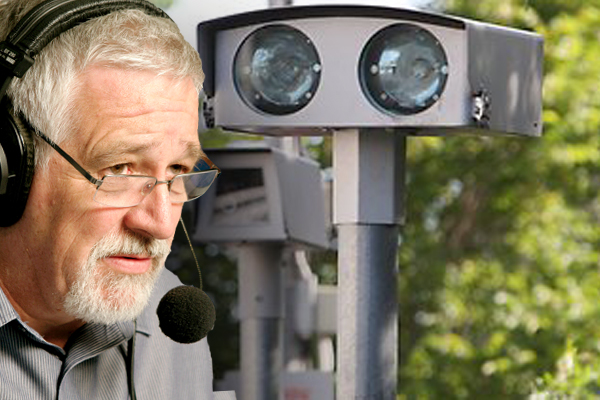