Family of child with brain tumour has both cars stolen

GO FUND ME PAGE TO HELP THE FAMILY

LATEST: The cars stolen from the home of a boy with an inoperable brain tumour have been recovered, but vital medical equipment is still missing.

One of the two Audi cars that were stolen from the Simone and Richard Clements home on Wednesday had medical equipment in it.

Their six-year-old son, Hayden, has an inoperable brain tumour.

Both cars were recovered following police chases on Wednesday, one left with extensive damage.

A 17-year-old boy was arrested.

But police have since made a renewed appeal for the public’s help in the hope of finding the medical equipment, which includes reusable video laryngoscopes that were in a grey laptop style bag.

The family of a child with an inoperable brain tumour has woken up this morning to find both their cars have been stolen.

The Nunawading couple needed to get to Royal Children’s Hospital to get news on their son Hayden’s illness when they made the shocking discovery.

Jessica Peart, a friend of Richard and Simone, has told Neil Mitchell they’re “walking on eggshells” as it is.

“They just can’t get a break.” 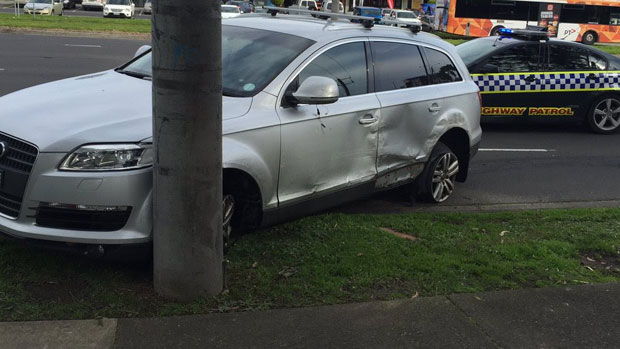