The father of a one-punch victim has called for Ali Fahour to lose his job.

The AFL diversity officer is in disgrace after he was caught punching an opponent in an on-field brawl.

Jon Walker, whose son was killed by a single punch, said it’s a simple decision.

“How can someone in that position garner any form of respect knowing this is how he’s acted on the field?”

Mr Walker said he found footage of the incident “sickening”.

“Ali made a conscious decision to run in and belt this poor bloke on the side of the head,” he said.

“It’s a true definition of a coward’s punch.” 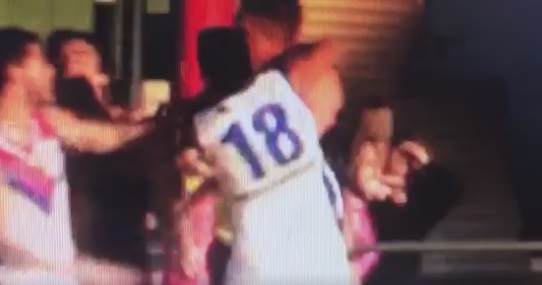