CFMEU boss John Setka yesterday made it clear that he intends to intimidate inspectors under the federal government’s ABCC reform.

He even brought children into it.

The comments, which were cheered on by angry unionists in the CBD yesterday, shocked Ross and John, who labelled them “nasty”.

We will lobby their neighbourhoods, we will tell them who lives in that house, what he does for a living.

Their kids will be ashamed of who their parents are when we expose all of these ABCC inspectors.

It prompted Ross and John to chat with a former ABCC inspector, Alan.

He confirmed intimidation from CFMEU workers was common.

“They’d line up and they’d call it the walk of shame, where they’d abuse you, try to spit on you, things like that,” he said.

Alan also said two of his colleagues was harassed at their homes.

“I must admit, the CFMEU probably have a better intelligence unit than Victoria Police, because they’re able to find out these inspectors addresses and phone numbers,” he said. 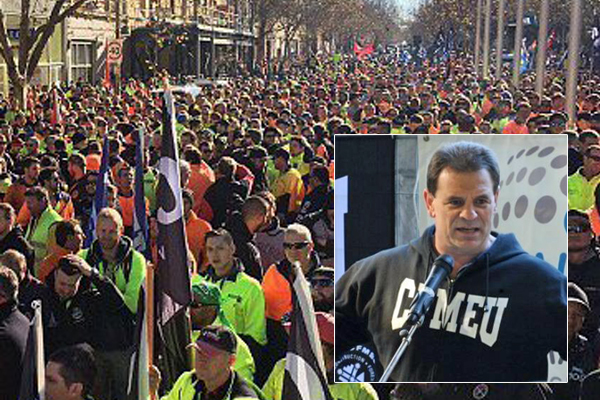