Full discussion: Neil and Fiona Patten on drugs, Guy and that Brunswick cafe

Australia’s drug policies should resemble Portugal’s, where all drugs are legal and focus is on treatment not punishment, according to one Melbourne politician.

Fiona Patten, Australian Sex Party leader, joined Neil to discuss a number of topics on the show this morning.

Patten has just returned from an overseas trip where, travelling with Victoria Police Assistant Commissioner Rick Nugent, the politician focused on foreign countries approach to drugs.

“It is not illegal to possess or use anything, (in Portugal) ice, heroin, anything.

“Their focus goes into treatment.

“The police, everyone, was saying it has far better outcomes than sending you through the court system.”

“I think it’s probably poor form, he talks about taking this high moral ground all the time and this probably wasn’t his best decision,” Patten said.

She also questioned Guy’s claim the meeting had nothing to do with Liberal Party donations.

Neil and Fiona chatted about a city café charging men more for coffee to counter the gender pay gap.

“The café is trying to make a point,” Patten said.

“I agree with you there,” Patten agreed.

“We want it high enough to reduce the number of people using tobacco but we don’t want it too high that it becomes attractive to crime gangs,” Patten said.

“So maybe we’ve made cigarettes too expensive?” Neil asked. 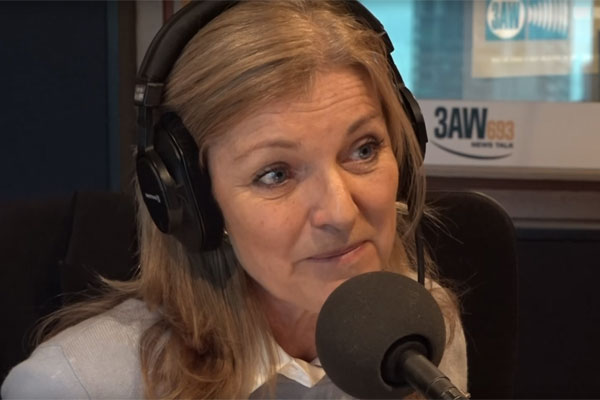