He has been charged on summons to attend the Melbourne Magistrates Court on July 18.

Police have not detailed the charges.

However, they say there are “multiple charges” and “multiple complainants”.

The charges were served to Cardinal Pell’s Melbourne representatives this morning.

In a statement from Rome, Cardinal Pell has maintained his innocence and is “looking forward to his day in court”. In a police press conference revealing the charges, Deputy Commissioner Shane Patton was careful to point out the allegations “have not been tested in court”.

“There’s been a bit of blood-lust over George Pell for years. Now is not the time for that,” Neil said.

“I think Shane Patton has made a very important point.

“I am told that there is every possibility that George Pell will in fact stand down from his role in the Vatican.

“If he does that and even if … he’s acquitted and everything, I  think it’s probably unlikely he would go back to the Vatican.

“My interpretation of it would be that, regardless of his guilt or innocence – and I repeat, he’s entitled to be considered innocent – I would say it’s probably the end of the career of George Pell.

“That’s a political judgment, not a legal one. It’s not saying he’s guilty of anything.” 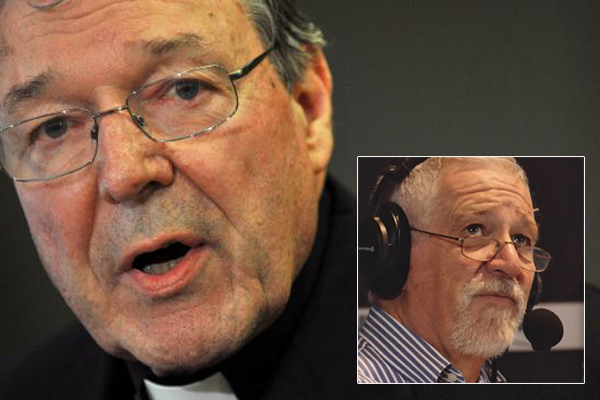