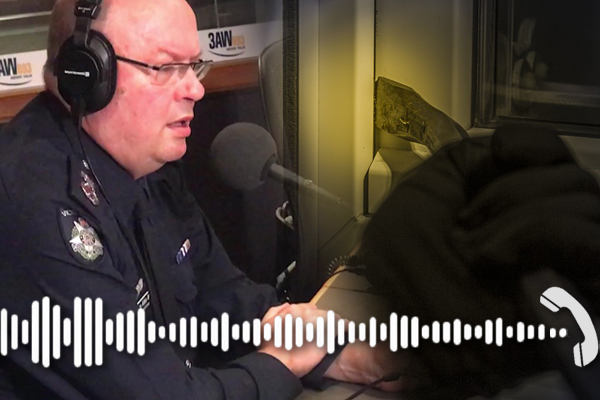 Victoria’s Police Chief has responded to controversial comments made by a 3AW caller on aggravated burglaries.

Vincent spoke with Neil Mitchell on Tuesday and said he would not let someone break into his home without a fight.

Police Chief Graham Ashton sat down with Neil Mitchell on Thursday and said he can understand Vincent’s concerns.

“We don’t want people to be hurt by these clowns, these absolute idiots,” said Ashton

“I know people will make a judgement call in the middle of the night if this happens to them.

He says 80% of home invasion aren’t violent, and Neil’s advice to Vincent was “spot on”.

Graham Ashton says under the current law, if you killed someone breaking into your home, you would have to justify the death.