An Australian-first recyclable coffee cup has been launched.

The cup, to be used at Melbourne Museum Cafe, is 96% recyclable.

That’s a stark contrast to most coffee cups, which have a plastic lining and are not as environmentally-friendly as people believe. Tom Lunn, from Detpak, told Ross and John that most cups end up in landfill because it’s so hard to separate the plastic and the paper.

“(The new cup) can run through a standarad paper recycling plant, it breaks up in the re-pulping process much more easily.

“The coating sinks, which is very important in a re-pulping plant.” 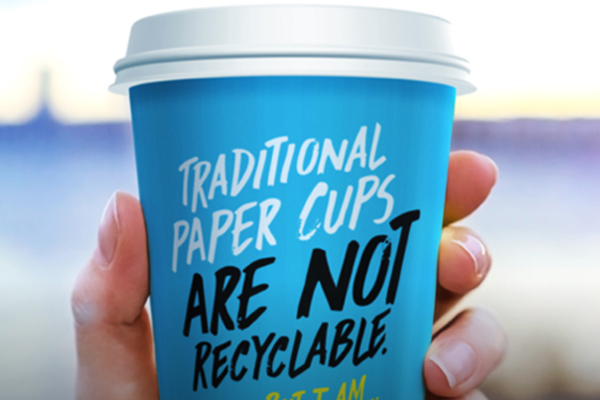