How to handle Melbourne’s smoke haze

More than 100 residents in Melbourne’s north have been told it’s now safe to return to their house, despite hazardous smoke emanating from a massive fire at a recycling plant.

Firefighters expect the Coolaroo fire to continue for several days.

The MFB says it’s using similar technology to what was used in the Hazelwood coal mine fire fight in 2014 to extinguish the blaze.

Melburnians with existing heart and respiratory issues should stay indoors and avoid exercise.

That’s the medical advice as smoke blows over several suburbs and CBD from the Coolaroo fire.

Dr Michael Sutherland, respiratory physician at the Epworth Hospital, told Justin and Kate the smoke can cause intense inflammation of the airways.

“People generally shouldn’t exercise too much in these conditions,” he said.

“So long as you stay indoors, you minimise the risk.

“If people have their asthma, they should activate that and have their Ventolin puffer on hand.” 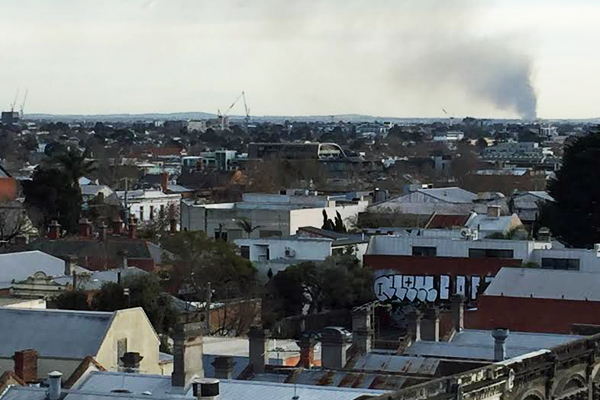