“I thought I was going to die”: Harness comes undone mid-ride at Royal Melbourne Show

A young woman has told 3AW she feared for her life when her harness came undone mid-ride at the Royal Melbourne Show.

First heard on The Rumour File, Allie Calleja later told Neil Mitchell she was two storeys high on the Skywalker ride when her harness released.

“The moment I fell forward, I was facing the floor,” Allie said.

“I thought I was going to die.”

Allie says her boyfriend held her in her seat until the ride stopped.

She reported the incident to the Royal Melbourne Show and took to Facebook last night to warn others. 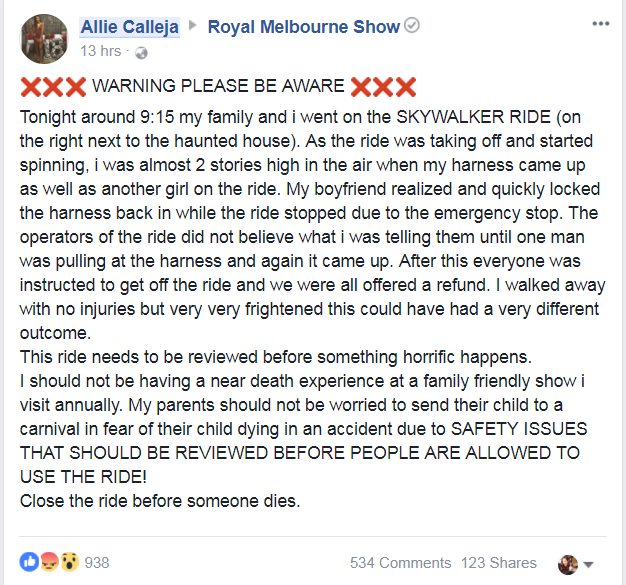 In a statement The Royal Agricultural Society of Victoria said, “The Royal Melbourne Show has asked the relevant authorities to investigate Allie’s report involving the Skywalker ride. The ride remains closed.” 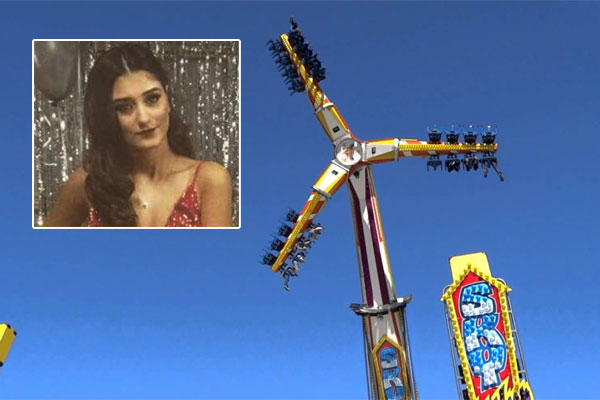