‘I thought I’d had too many beers’: Holidaying Victorian tells of fire shock

At first, Sam thought he’d drunk too much.

The Victorian man was in an Uber on the way home from a night out with his mate Ben when he saw Grenfell Tower up in flames.

“I happened to look up and couldn’t believe my eyes at first,” he told Ross and John.

He filmed from the back seat of the car as they passed the building.

“It’s quite confronting to see a building just so in your face, just completely in fire.

“The whole place was an inferno, a complete inferno.” 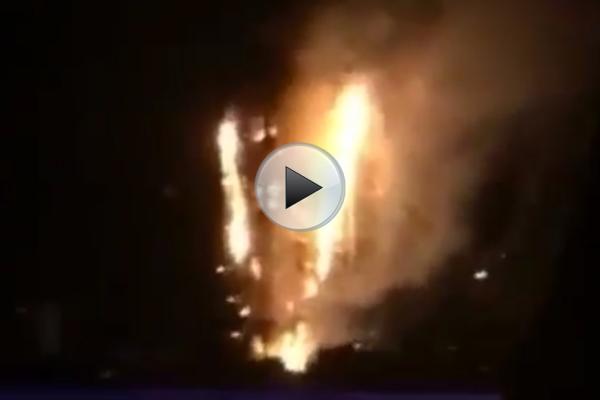