‘I wish you were here!’: Dusty speaks to dad Shane Martin for first time live on 3AW

Dustin Martin has spoken to his deported father, Shane, for the first time in a post-match interview live on 3AW Football.

Dusty spoke to the 3AW Football team straight after the team song, but when he later heard Shane Martin was on the line, he was quick to jump back on the microphone.

“I wish you were here,” Martin said in an emotional interview.

Dusty: Hey dad, what’s going on? How good’s that, hey?

Shane: What the… How good is that, hey?!

Dusty: I thought you were going to swear for a second there! I love ya, I wish you were here.

Dusty: “We’ll do it again next year and hopefully you’re there.”

Earlier, Dustin Martin was joined by mum Cathy in an interview on 3AW Football.

“Mum can say a couple of words today.” 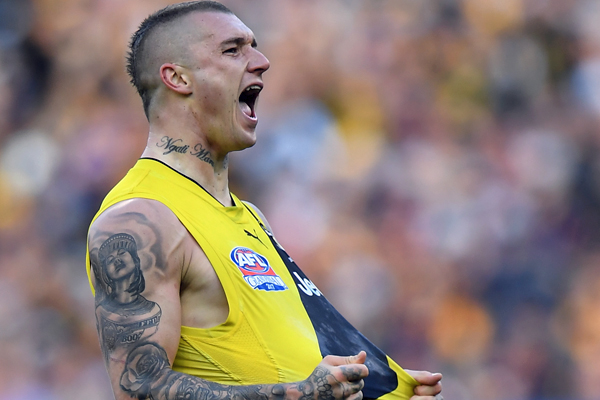 live coverage from the MCG!