Pressure has mounted on the AFL to sack Ali Fahour after he was caught on camera hitting an opponent in the head in an on-field brawl at the weekend.

But Ando has called for calm, suggesting most could be achieved with

“His actions appear completely unprovoked, and that would be a worry in that he must suffer from some form of white-line fever,” he said.

“As such, I would’ve thought undergoing an anger management course would be appropriate.

“But people I know who know him off the field say he is a far-removed person from what we see in the footage.

“We’ve all played with the odd bloke whose eyes suddenly start spinning … when they get onto the field.”

Click PLAY at the top of the page to hear more from Ando, Justin and Kate 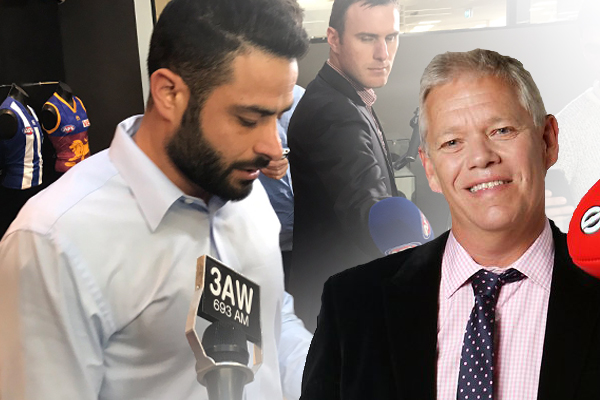