“Just bloody well get off your bums and do it.” Widow’s message to the government

A widow who watched her husband die from cancer has urged people who support assisted dying to speak up.

Statistics show that over 80% of people want voluntary assisted dying.

“Where are the 80%? They’re too quiet. They need to raise their voices and pollies are going to listen,” Elizabeth said on 3AW Mornings.

“If the people of Victoria want this to go through they need to start now and make their voices heard.”

And Ms Short has a very strong message for the government:

“Just bloody well get off your bums and do it.” – Elizabeth Short

The panel advising the government on how to introduce a voluntary assisted dying scheme in Victoria has recommended strict eligibility criteria, and new laws for anyone coercing someone to end their own life.

Peter Short was given five months to live in January of 2014, he decided to use whatever time he had left to push for dying-with-dignity laws.

A documentary film on Peter’s fight is set to be released on August 1.

For more information head to www.fadetoblackmovie.com 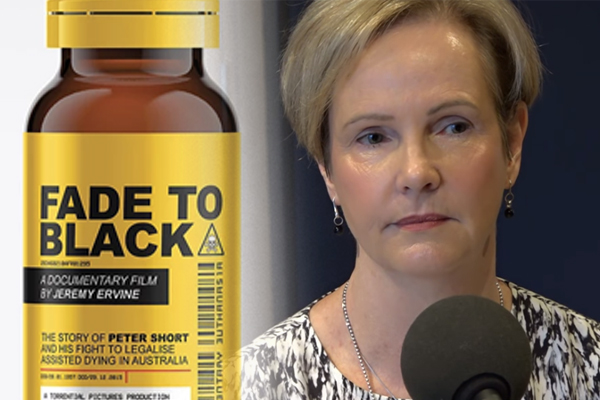