‘Keep off our Shrine’: How the EPA plans to make life hard for oBike

The EPA is coming after bike-sharing company oBike.

Already furious at finding the yellow bikes up trees and in the Yarra river, the EPA is now receiving complaints about the bikes being dumped at the Shrine of Remembrance.

3AW Mornings today revealed the EPA last week asked for a plan from oBikes on how they will curb the oBike ‘litter’.

“We’ve had a response — I’d like to think that it was an initial response, because it in no way addresses our concerns,” he said.

He told Neil Mitchell litter abatement notices will soon be issued, and possibly fines of more than $3000.

“The new rules and new regulations that will come in the near future, will make it much easier to do with issues like oBikes.” 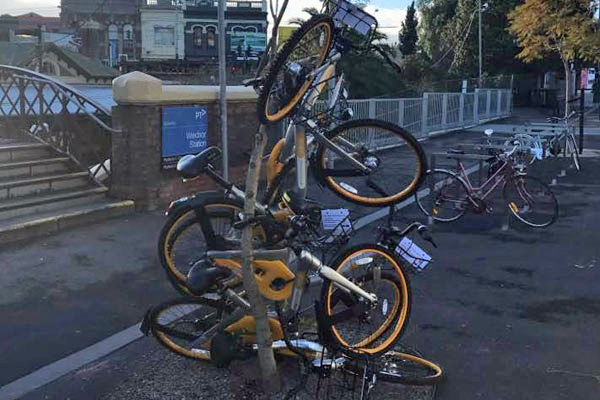