Kick them out: QC says those who refuse to stand in court should be removed

A former Victorian chief magistrate has told 3AW Mornings he would remove those who refuse to stand from the court room.

It comes after several burqa-clad women refused to stand when magistrate Peter Mealy entered court over the past two days.

The women are supporters of the four men accused of plotting a terror attack in Melbourne last year.

Barrister and former chief magistrate Nick Papas QC told Tony Jones, filling in for an ill Neil Mitchell, if he was the residing magistrate, he would have the women removed.

“It doesn’t matter who you are, how you dress, we all stand,” he said.

“The reality is this isn’t just a courtesy in the general sense, this is absolute custom.

“For people to reject the process, they’re thumbing their nose at the system, it shouldn’t happen.”

Mr Papas said magistrates do have the power to throw people out of the court room for refusing to stand.

The women refused to stand in court on Tuesday and Wednesday.

3AW reporter Kiara Parker is in court today and said the women entered after proceedings had already begun, so did not have to stand for magistrate Peter Mealy.

Neither did they bow or nod their heads as it customary when entering a court room.

Click PLAY above to listen to the full interview 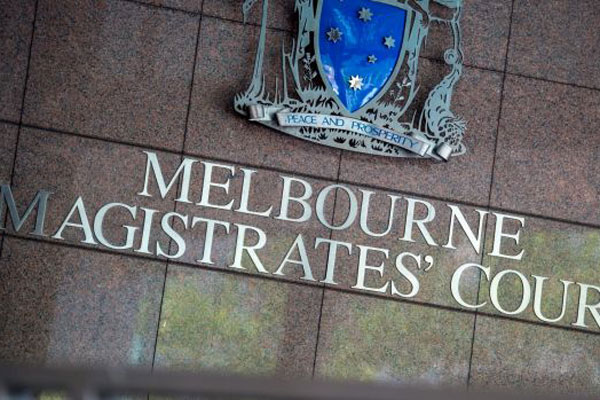