The owner of a derelict house in Carrum Downs will have his house demolished by the Frankston Council, unless he pays his debts in the next 24 hours, as reported in the Leader.

Ross and John asked Justin Lawrence, partner and property lawyer at Henderson and Ball lawyers in Kew, if unsightly properties were at risk.

“Not unsightly, but a dangerous property yes. And the two might go hand in hand,” said Lawrence.

“If a property is left to rot and waste away, there’s every chance that it might become dangerous to the neighbourhood.”

Squatters, drug addicts, flooding and rats gnawing at electricity cables are some of the councils concerns.

“It must be the old lawyer in me, but what if the owner wanted it demolished?” said Ross.

Lawrence told Ross and John that the courts will force you to pay council costs for any cleaning required. 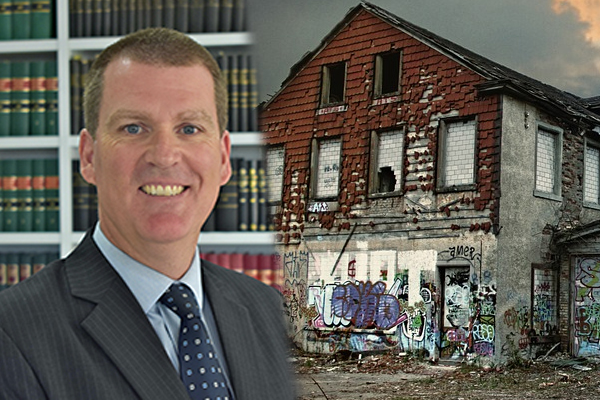