Three Melbourne mates have turned a simple egg into a  sports car worth over $100,000. Chris Wright, Josh O’Meara and Andrew Fincher launched their campaign in 2011, trading an egg for a ‘Coneheads’ soundtrack.

They went of to trade the soundtrack for the board game ‘Boggle’, worked their way up to a digital camera, picked up 60,000 rolls of toilet paper and now they’ve just completed a trade for a Lotus Elise worth over $100,000. Chris Wright told Neil Mitchell they’ve had some new interest online, including someone who works for a large Melbourne beer company.

“We all have jobs now, so the last couple of years it’s been a trade a year,” said Chris.

“We’re hoping this latest one can turn into a few quick trades.”

It’s taken them six years to get this far and Chris says they’re not stopping.

Follow their journey, or send them an offer here: www.1egg1world.org 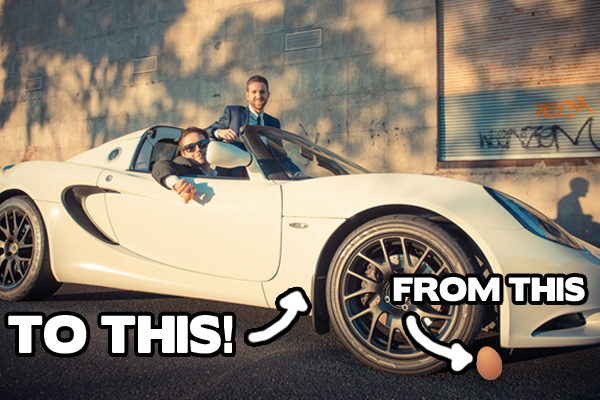