Commuters and motorists are being greeted by the sight of dozens of anti-terror bollards which have been placed outside Southern Cross Station.

Ross and John have discovered a total of 140 concrete blocks were planted overnight in eight prominent Melbourne locations.

And there’s more to come.

Caller John: I think there’s an opportunity to turn these https://t.co/WudEDLaMUa blocks into street art.

A temporary measure, the blocks are the latest anti-terror measure to prevent vehicles from careering into spaces filled with pedestrians.

Commuters asked by 3AW News this morning had mixed reactions to the Southern Cross additions.

COMMUTER 1: “I was very surprised, they’re very, very of ugly.”

COMMUTER 3: “I think after what’s gone on in Bourke St, it’s a reality of how we have to live these days.” 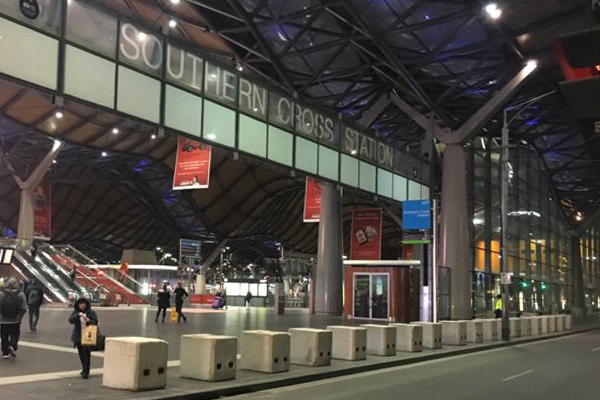