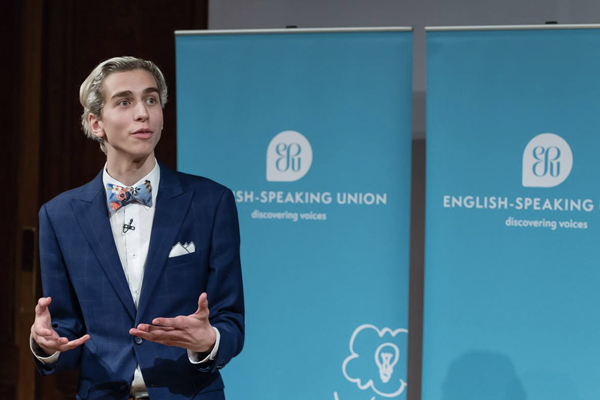 Public speaking is a nightmare for some, but not for one Melbourne teenager.

Luke Macaronas is the new public speaking world champion, taking out the 2017 title in London.

Luke spoke with with Neil Mitchell and said he still gets nervous, but can’t get enough of it.

“It’s nerve racking to get up and speak, but I love it,” Luke said.

Finalists wrote and delivered speeches on the theme ‘Peace is not an absence of war’.

This followed by three minutes of questions from the audience.

As for the rest of the world’s best public speakers, Luke said Barack Obama is up there!