Neil Prakash is pleading for Australia to come to his aid, just a few years after he called for terrorist attacks on home soil.

“My beloved brothers of Islam in Australia…you must start attacking before they attack you…I ask you brothers when are you going to rise up?” Prakash said in the 2015 speech.

As detailed in the Sunday Herald Sun,  Prakash is now in jail in Turkey and is pleading for Australia’s help.

“Should we help him? Should we spend one dollar of public money on Neil Prakash?” Neil asked.

“He’s been fighting with ISIS, he’s been recruiting followers.

“The Australian government has confirmed they are helping him.”

Barns said Prakash was entitled to assistance from Australia.

“It’s a convention in international diplomatic law that any person who is a citizen of a country gets basic consular assistance if they’re arrested in another country,” Barns told 3AW Mornings.

But in previous cases, Barns said that consular assistance did not include financial aid.

“Having worked with Julian Assange for many years, certainly the consular assistance given to him has never included legal costs,” he said. 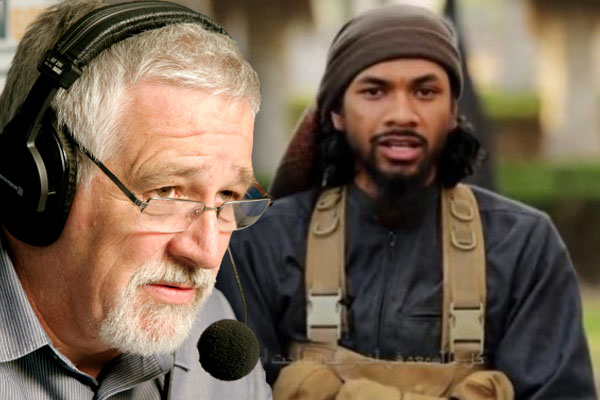