Neil Mitchell has expressed deep concerns over the Catholic Church’s threat to sack couples in a same-sex marriage.

As the marriage equality debate heats up, Archbishop of Melbourne Denis Hart has declared Catholic institutions could fire employees who enter a same-sex marriage should it become legal.

But Neil, a supporter of same-sex marriage, said the idea is “horrendously unfair”.

“This is just so wrong,” Neil said.

“That made me wonder whether they employ divorced people or people who use contraception.

“I thought any church was a place of understanding and compassion.”

“The nurses and doctors I’ve watched over the past few weeks… were superb, compassionate, Christian in their actions,” he said.

Neil said it’s another sign the Church is struggling.

“If gay marriage becomes legal, and staff are sacked for marrying, I think the Church would be taking another step towards its own destruction.” 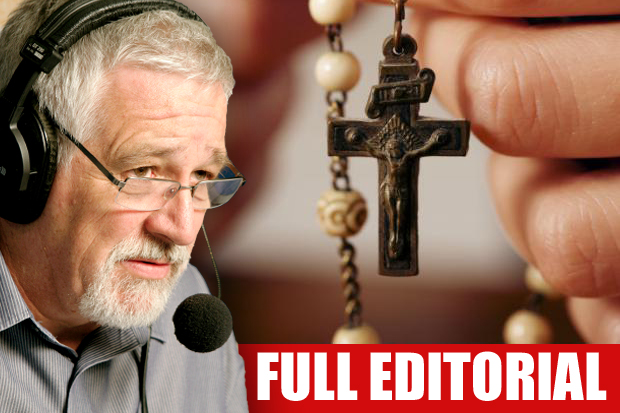