An extraordinary affidavit has been provided by a veteran Victorian Homicide Squad detective, clearing a convicted murderer of ever being at the scene of the crime.

Jason Roberts was convicted with the 1998 shooting deaths of police officers Gary Silk and Rodney Miller, along with fellow gunman Bendali Debs.

The Herald Sun’s reporting detective Ron Iddles has provided an affidavit, declaring Roberts, on the basis probability, was not there.

Journalist Anthony Dowsley told 3AW’s Ross and John the report suggests Roberts may not have been in the Hyundai pulled over that fateful night in Moorabbin 1998.

Roberts is currently serving life in prison, with a 35 year non-parole period.

The Attorney-General is standing by his decision not to offer Roberts a chance of an appeal.

He told Neil Mitchell he has had more 87 days in the supreme court, court of appeal and high court and he won’t get another.

Pakula has since denied the decision is politically motivated.

More on 3AW Mornings with Neil Mitchell below 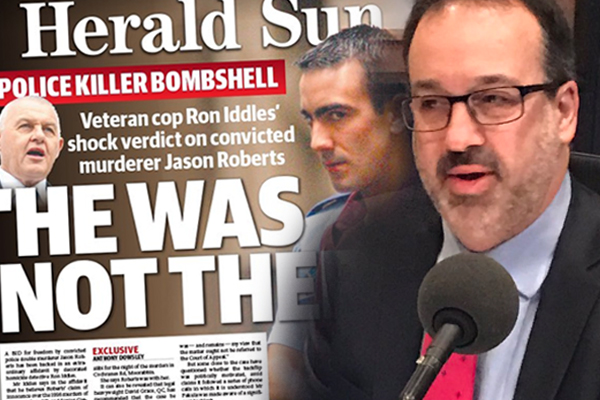