Paul Roos tells Ross and John the art of coaching

Paul Roos says Melbourne fans should be happy with their club’s year.

The Demons missed the finals by 0.5% in Simon Goodwin’s first year at the helm after West Coast beat Adelaide by 29 points in the final game of the season.

But the club’s previous coach told 3AW Breakfast they’re on the right track.

“They missed the finals by two goals over the course of the season,” Roos told Ross and John.

Roos has written a book on the art of coaching, named Here It Is after his famous premiership speech.

He said one of the most important things for coaches to remember is what it’s like to be a player.

Roos said his book gives an insight into what really happens inside an AFL club.

“Jack Watts (once) said to me ‘we just want to be treated like human beings’,” he said.

“I was quite shocked by that.”

Roos also explained why he thinks the draft age should be raised.

He said the current pathway into the AFL for young kids is “terrible”.

“You’re asking kids to do Year 12, play for Sandy Dragons, go to Brighton Grammar, play in the Under-18 championships – it’s just mind-boggling how crazy that is,” he said. 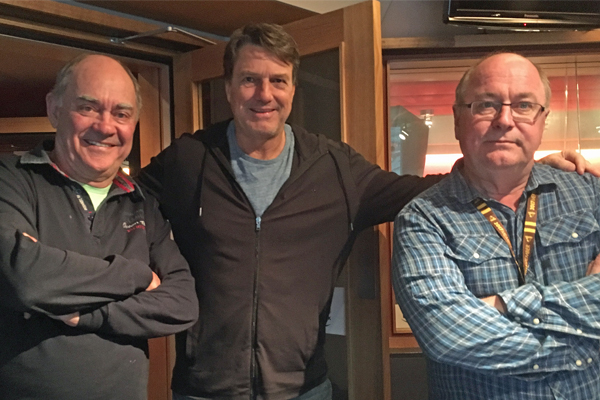