Picture this: The funny thing about Melbourne gallery-goers

The Van Gogh Seasons exhibit is smashing attendance records at the National Gallery of Victoria.

And it seems to have given rise to a new brand of gallery-goer: the photo-taker.

Ross and John have fielded several reports of these people, who thrust themselves in front of the painting and dozens other visitors to snap away  – often with flash on!

Young and old are involved – this is clearly not a generation trend.

But what we don’t know is this: What on earth do they do with the photos?

Have they never heard of Google Images?

Below is a photo diary snapped by 3AW producer Matt Cram in the NGV yesterday.

Click PLAY above to hear Ross and John’s talk with him. 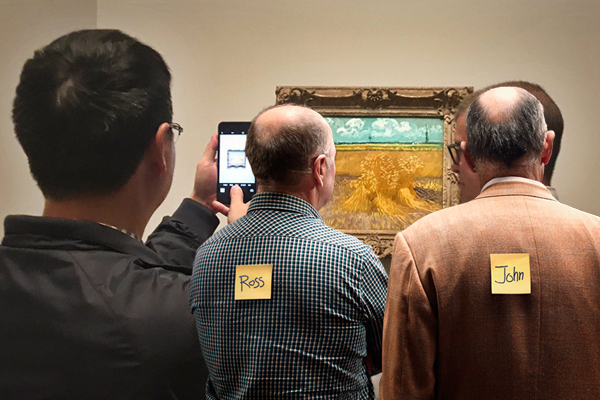