The PM told Neil Mitchell he texted Mr Abbott to see if he was all right.

“I wanted to make sure he was ok,” Mr Turnbull said.

“Any violence coming into our political life is absolutely to be condemned.

“It is a disgraceful incident.”

Click PLAY above to hear the full interview with the PM

He said Tasmanian police are investigating and reviewing CCTV footage of the alleged incident.

Mr Turnbull said any campaigners who exercise violence are not benefiting their cause.

“Everyone should exercise calm and restraint.

“They are not helping their case by engaging in violent conduct.”

The PM also briefly touched on the AFL’s pro ‘Yes’ stance, saying he “was not going to tell the AFL how to run their affairs”. 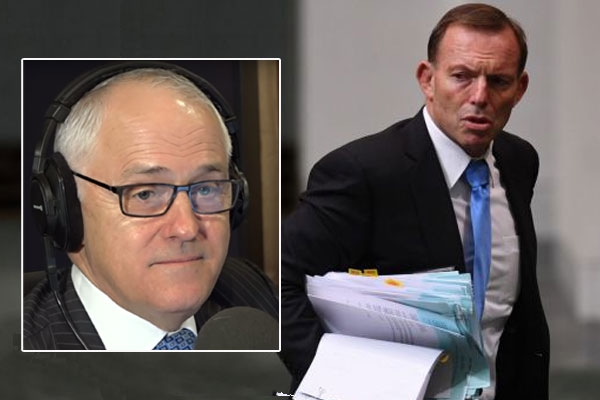