Population growth in Australia 30 years ahead of schedule

Australia’s population growth has blown out forecasts and modelling, 30 years ahead of schedule.

In 1998, the Australian Bureau of Statistics predicted Australia’s population would reach 23.5 million in 2051.

Social researcher and demographer Mark McCrindle investigated the population trends and told Ross and John the rise of Australia’s net migration, changes to life expectancy and government policies were the biggest influences.

Ross: It’s a fascination of mine, how terrible human beings are at making predictions. With a possible exception of the weather bureau, we are hopeless.

“It’s not to blame the bureau at all, they have some of the best minds and statisticians, it’s just that we’ve changed what’s going on here, policy has changed, the assumptions they were basing it on has changed,” he said.

“Back then they thought we’d have fewer babies, the fertility rate is dropping, it’s actually going the other way and we are having larger families.

“This forecast had Melbourne hitting a maximum of 4.5 million people in 2051, it broke that mid century forecast two years ago, 30 years ahead of schedule.” 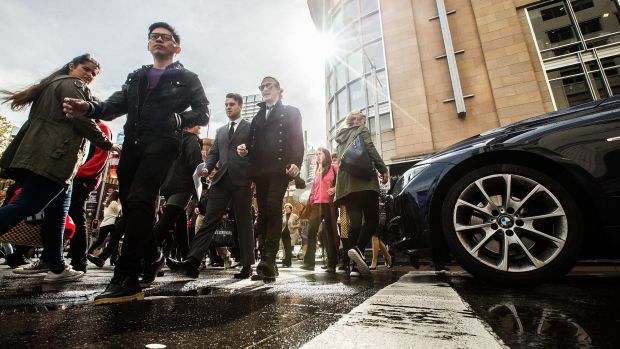