“Today there is a message: If your power bill is too high, blame Daniel Andrew. This is not just my assessment, that comes from his (Labor) mates.”
– Neil Mitchell

While it was Liberal Premier Ted Baillieu who applied a moratorium on on-shore gas exploration, Mr Andrews has the ability to lift it.

“We’re not talking about fracking, which is controversial,” Neil said. “This is conventional exploration.”

“It’s an indirect path, but certainly gas prices would be lower if we get more gas into the market,” he said.

Neil Mitchell: “Earlier this year, announcing his fracking ban and defending the moratorium, Daniel Andrews said: “We were elected to put people first and that means supporting Victorian farmers, their families and regional communities by protecting their produce and environment.”

“My cynical suspicion is that it is more to do with keeping the Greens happy and shoring up inner-city seats where the Greens are a threat.

“Whatever the motivation, the Premier should look at his words from months ago: Put people first.

“People like the old lady who can’t use her heating.

“People like the hotel owners whose power bill has gone up $1000 per week in a few months.” 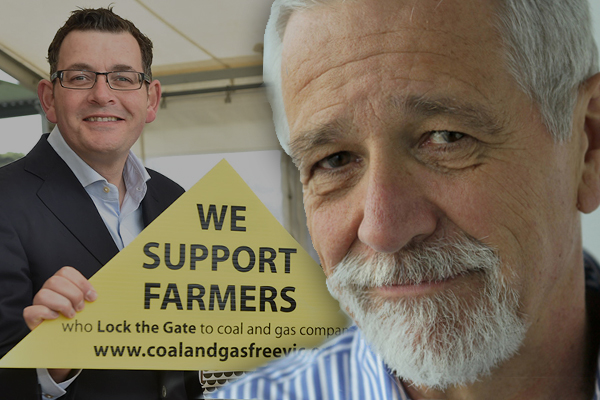