Neil Mitchell says Malcolm Turnbull handled himself well in his much publicised first conversation with US president Donald Trump.

The transcripts of that phone call have been published by Washington Post journalist Greg Miller today (click PLAY above to hear Neil’s interview with Miller).

“You can’t help but read these and realise he treats even the closest US allies sometimes as roughly as you would expect someone to treat a real adversary.”
– Greg Miller

“I think Malcolm Turnbull comes out of it quite well,” Neil said.

“He stands up for Australia; he argues sensibly and respectfully with the president.

“Donald Trump, meanwhile, is arguing for himself – pure political self-interest. He doesn’t care about Australia and the so-called ‘special relationship’.

“This man, obviously, can’t be trusted.

“Let’s hope we never have to go into the trenches with Donald bloody Trump.” 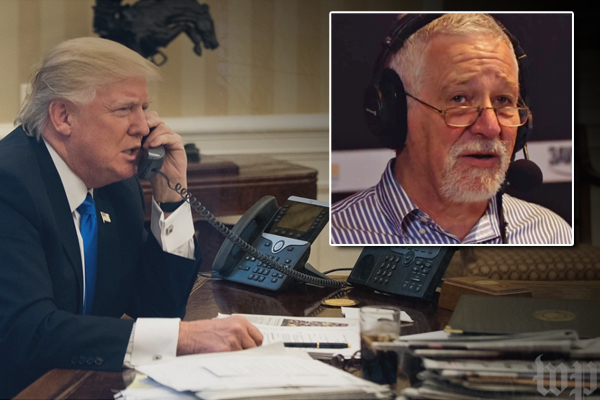