Shocking vision has emerged of a terrifying road rage attack where a woman was targeted by an enraged man in Melbourne.

Tammi Bourke (pictured above) told Neil Mitchell a man threatened her life in the frightening ordeal this morning.

The vision shows a man approach her car and open the door, aggressively gesturing and swearing as Tammi pleads, “Please don’t hit me.”

The incident began on Kings Way and ended up on St Kilda Road.

Tammi said the man cut her off and she threw her hands up in reply.

“He held a fist to my face; ‘Effing this; effing that, get out of the car, I’m going to kill you’,” she alleged.

Tammi said there were a number of witnesses who filmed the incident, which only made the man angrier.

“He got out of his car in St Kilda Road and started trying to hit this man, ‘Put your effing phone away!”

“The worst part, Neil, I believe he had a two-year-old child in the backseat,” she said. 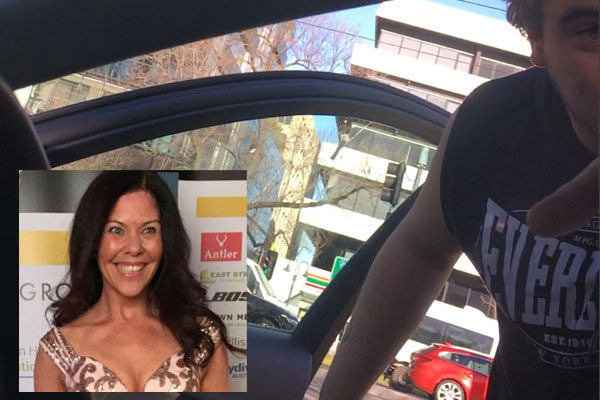