A tip-off from a passer-by who filmed a taxi driver allegedly smoking drugs has led to an arrest.

Police received the footage from a member of the public several days ago.

It prompted an investigation, and last night they intercepted the driver – in his cab – on the Tullamarine Freeway.

Click PLAY above to hear Ross and John discuss the story with police, who seem to have have coined the term ”Iced’

Police also found two bags of white powder, believed to be methamphetamine, in the cab.

The man is expected to be charged with drug driving and possession of a drug of dependence.

He was also charged with failing to wear a taxi uniform.

The taxi services commission has also been notified. 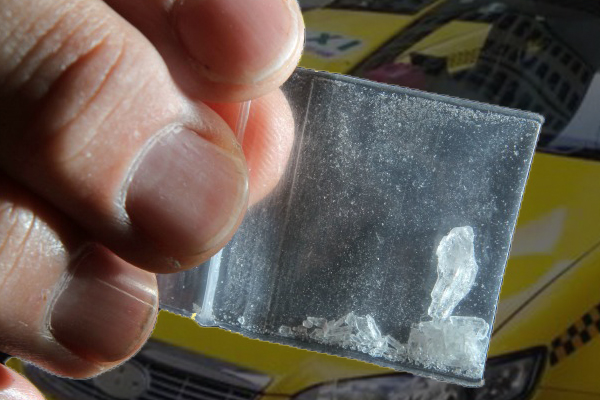