Rowville ram-raid: It was all for some lemonade and chocolate

A hungry thief has smashed his way into a service station at Rowville to steal confectionery and soft drink.

Workers arrived for work at the United petrol station on Studs Road about 5am to find the glass doors smashed in.

It’s believed to be the second ram raid at the service station in the past two months.

And it was all for six chocolates and two bottles of Coke.

All this for just 6 chocolate bars and two bottles of coke. Rowville ram raider must have been hungry. @3AW693 pic.twitter.com/8cGSf4qAKv

Kit Kat – Cause sometimes they just need to break and enter

And then they end up behind Mars Bars?

It comes just days after a jewellery store, convenience store and primary school were targeted in a series of ram raids at nearby Wheelers Hill. 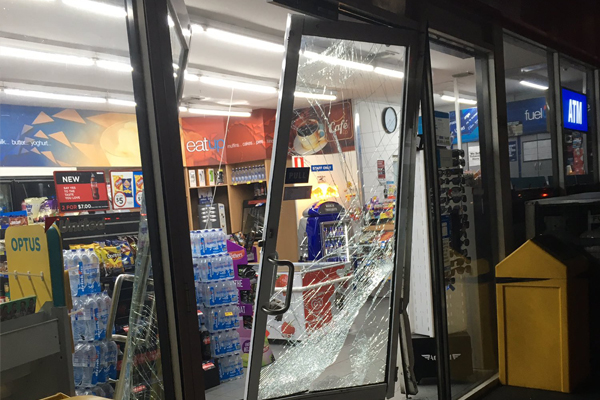