A large deer has smashed into a funeral home in Melbourne’s east, destroying the chapel’s interior.

First heard on The Rumour File, the deer smashed into a Ringwood chapel, (pictured below) yesterday afternoon, causing extensive damage.

It took six rangers to remove the 250kg animal, which had to be euthanased.

He said a staff member heard the sound of glass being smashed and went to have a look.

“All of a sudden, she thought it was a horse, she turned around and it was a deer, it came charging at her then charged into the chapel,” James said.

“I can honestly say I cannot believe the amount of damage that’s been done in just 20 minutes.

“The damage is unbelievable.”

3AW has chosen not to publish the very disturbing photos from the scene.

Click PLAY above to hear the rumour and interview with James 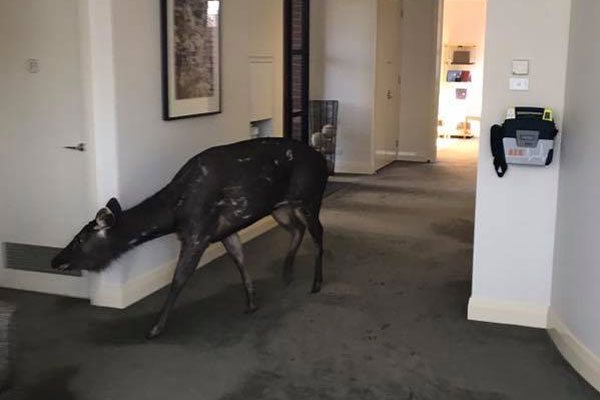