RUMOUR CONFIRMED: A bronze statue of tennis legend Rod Laver to be erected at the arena in 2017 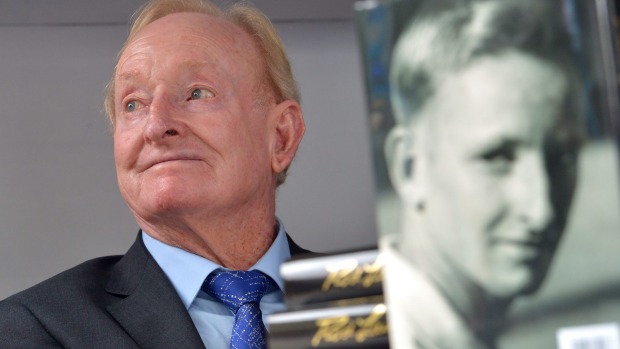 A bronze statue of Rod Laver to be erected at Rod Laver arena.

RUMOUR CONFIRMED: ‘Bronzed Aussie’ told 3AW Breakfast about a new statue of a famous sportsman to be shortly unveiled at a sporting stadium in Melbourne.

Tennis Australia has confirmed that Rod Laver will be in Melbourne in January to unveil a statue of himself at Rod Laver Arena.

Justin and Kate spoke with Craig Tiley, CEO of Tennis Australia who says the statue will be placed right out the front of Rod Laver Arena.