A Melbourne musician’s apartment has hit a sour note at auction in what appears to be another example of inner-city underquoting.

The Rumour File was told an apartment was quoted for $860,000-$940,000 but the property was passed in, despite an offer being made within that price range.

Photos have since surfaced of articles in the past weekend’s Herald Sun, detailing that Lionel Towers, one half of the indie duo Gypsy & the Cat hoped his Clifton Hill warehouse apartment would sell between $860,000-$940,000. The two-bedroom townhouse only notched one bid of $860,000 before it was passed in.

The Nelson Alexander auctioneer James Pilliner negotiated the price up to $870,000 but that offer was rejected by Towers.

He said Towers was willing to accept bids at the top end of that range but since none were made, the property had to be passed in. 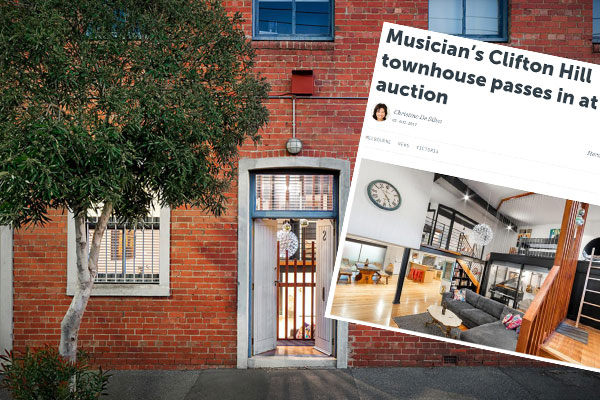