Sam Newman: Will he really be off-the-leash?

Ahead of the premiere of the revamped Footy Show, Sam Newman revealed to Neil Mitchell what viewers can expect tonight.

That sook in the last episode:

“It had nothing to do with Eddie,” Sam said.

“It was just a silent protest about where the world is heading.”

Donning a dress to send up the AFL sex scandal

Sam said he wouldn’t be dressing in drag tonight.

“No because it’s not topical any more, I thought it was very appropriate for the week that it happened.”

“Donald Trump is the greatest thing that’s ever happened to America.”

“It’s become a political cauldron to promote every cause, people want to go to the footy to get away from all that.”

“He’ll always be a Brownlow medallist”

“He did nothing wrong, he’s a very good man, he’s very competent with what he does.”

The alleged spat over who sits in which seat

“I think she (Bec Maddern) was a bit unhappy about sitting too close to me.”

Street Talk coming back to the show

“Oh no that’s another casualty of the politically correct age we live in.” 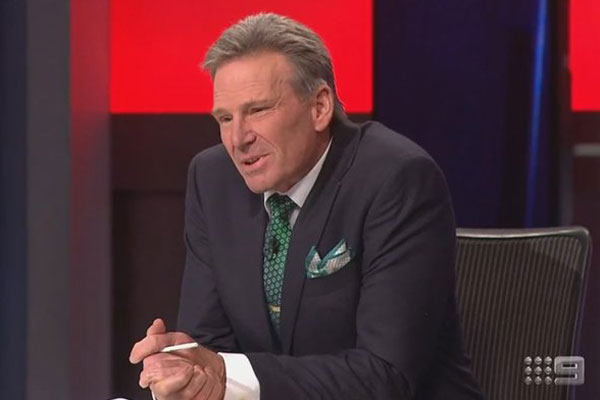