Six months of extra gridlock: Minister ‘feels like a fool’

Widening works on the Swan Street bridge are expected to take a lot longer than first thought, with the new fifth lane not expected to be ready until early January.

Following a tip-off on the Rumour File, the Neil Mitchell program uncovered that the problem is the age of the bridge, with engineers relying on hand drawings from 70 years ago.

One of the city-bound lanes has been closed since March, leaving motorists frustrated by the long delays. A very contrite Mr Donnellan said engineers discovered metal struts weren’t where they were supposed to be.

“It’s my responsibility, I take the blame,” he said.

They were using information from the mid-1900s as part of the works.

“It’s my responsibility. I take the blame. I feel like a fool.” https://t.co/m7NltQSAKI 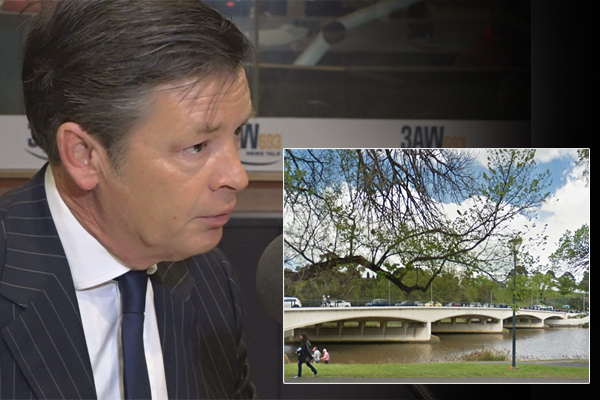