Taxi drivers furious at the arrival of Uber at Melbourne Airport are threatening to cause peak-hour chaos.

Signs have been installed outside the airport to mark mark new UberX pick-up zones outside T2 and T3 today.

Uber driver Avi says Uber X pick ups kick in at midday at the airport, and customers will have to pay a $4 charge.

Cab drivers aren’t happy, saying it undermines their business, and 3AW has been told drivers will protest with a blockade later this morning.

Rumour File contributor Taxi insider: There will be a huge protest.

Ross Stevenson: And a blockade?

Ross: I’m not surprised. What has Uber done to deserve it? Nothing.

A similar protest last night left many passengers stranded at their airport.

Taxi drivers were issued penalty notices and at least two cabs were towed.

#BREAKING: Caller Kate says there are at least 4 tow trucks on standby amid fears of a taxi blockade at Melbourne airport this morn.

The protest doesn’t appear a good PR strategy, with many Melburnians taking to social media to vent their spleen (see below).

Every #Taxi who blockages the airport to protest @Uber should be fined and not allowed to return to AP. 1 way to convince people 2 use uber

Blocking people from entering the airport while you could be getting a fare somewhere else. Dumb taxi drivers logic. No wonder I use uber 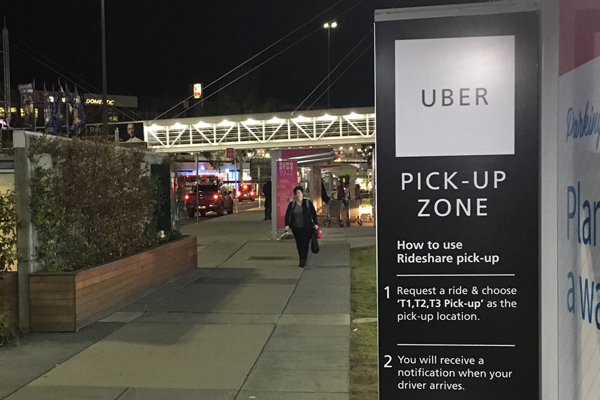