The clogged city? The worst commutes in Melbourne

The census told us Melbourne is on track to overtake Sydney as the biggest Australian city.

That’s not surprising. Melbourne’s the best city in the world. Why wouldn’t everyone want to move here?

But here’s the problem: Our traffic congestion is also on a par with the Harbour City, and it’s only getting worse.

The Grattan Institute has found that Melbourne is struggling to keep up with the rate of population growth.

The Institute’s Marion Terrill told Justin and Kate that while she always thought the western suburbs were struggling most, the recent research had changed her mind.

“The really standout bad commute is from the north-east,” she said.

“It takes you more than twice as long to come in from the north-east (places like Doncaster) to the CBD, relative to what it would take you in the middle of the night with no traffic around.”

Justin suggested train lines to the north-east could be a solution.

“In a fast-growing city, building more roads is probably part of the solution as well,” Ms Terrill said.

VicRoads says there are a number of major road projects underway to combat traffic congestion. 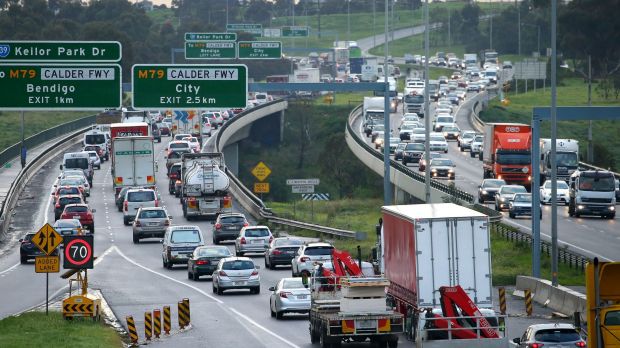