The legendary yodeller was once performing at the same venue as Denis, who helped carry instruments and sound equipment up the stairs for Mary and her band.

But it didn’t end there!

After the show, Denis then fixed a faulty tyre.

“You got under the car and changed the tyre for us. I’ll never forget that,” Mary said.

“There will be those listening who would think it’s impossible I could do such a thing!” Denis said.

Ms Schneider’s career has lasted over 70 years, and she is still releasing albums.

Her latest, Yodelling The Big Bands was released on her 85th birthday.

She told Denis it’s been a work in progress for many years.

Click PLAY to see Mary Schneider in the studio 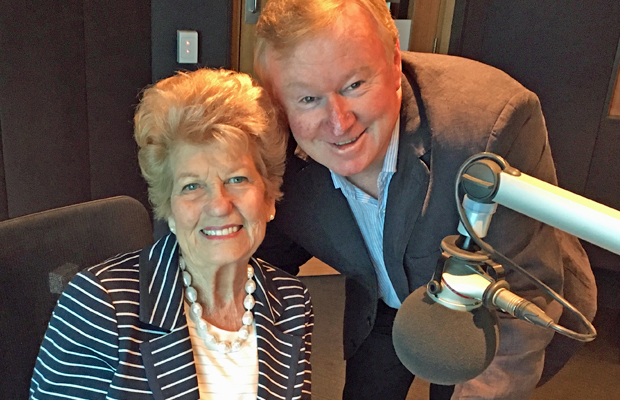