The Victorian man peddling around earthquake-hit Mexico City to help

As the clean-up and rescue efforts continue following a devastating 7.1 magnitude earthquake in Mexico that killed more than 200 people, a Victorian man living there is doing his bit to help those affected by the tragedy. Photo: Some of the gear Ben is peddling around Mexico City

“I ride around for about three hours a day,” he told Ross and John this morning.

“People are so happy especially when they hear I’m from Australia.”

A school teacher, he told Ross and John of the terrifying moment the the earthquake hit.

“I thought I hadn’t drunk enough water and started to sway.

“Within about 10 seconds the ground was rippling like on a beach and all the buildings were like rubber — they were just moving around everywhere.

“We got the kids onto the basketball courts and just rode it out.” 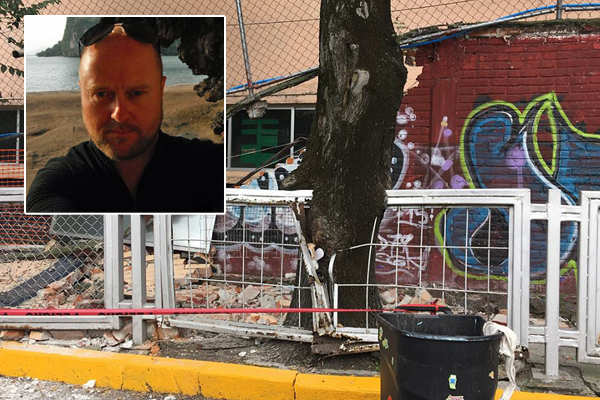