Tom Elliott has called on the Deputy PM to resign following news of his dual citizenship.

“If two Greens senators only a few weeks ago were prepared to step down, Barnaby Joyce should do the same,” Tom said

“He should do it today, he shouldn’t muck about.”

In July Greens Senator Scott Ludlam found out he was a dual citizen and stepped down, his colleague Larissa Waters quickly followed.

The citizenship status of One Nation senator Malcolm Roberts is still under a cloud.

Tom pointed out that the PM slammed the Greens for not knowing parliamentary rules three weeks ago.

“These two senators knew exactly what the rules are, when you nominate for parliament you’ve got to fill in a form and there’s actually a question about section 44, so your attention is drawn to it,” Malcolm Turnbull told Neil Mitchell.

“Why they wouldn’t have turned their mind and dealt with it is beyond me.”

“Last Thursday afternoon the New Zealand High Commission contacted me to advise that, on the basis of preliminary advice from their depart of internal affairs which had received inquiries from the New Zealand Labor Party, they consider that I may be a citizen by descent of New Zealand,” Mr Joyce said.

“Needless to say, I was shocked to receive this information.

“Given the strength of the legal advice the government has receiver the Prime Minister has asked that I remain deputy Prime Minister and continue my ministerial duties.” 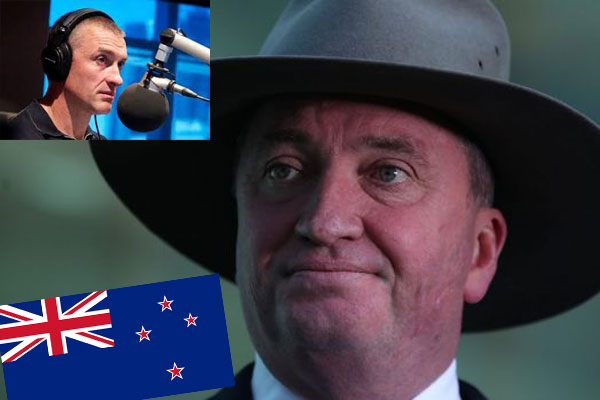