The Mayor of Banyule has denied his council is about to join Darebin and Yarra by dumping Australia Day on January 26.

But his protestations didn’t do much do convince Tom Elliott.

“I’m not sure how you got this idea, but Banyule is not considering doing anything about Australia Day,” Mayor Tom Melican said on 3AW Drive.

“We’ve certainly looked at the issue, we’ve discussed it among councillors.

“We have an Aboriginal and Torres Straight Islander reference committee, the issue will be discussed on that committee.

“So at this stage Banyule council isn’t considering doing anything to Australia Day.

“We are considering the issue, but there is no suggestion, no proposal and no recommendation to do anything about Australia Day at Banyule.”

TOM ELLIOTT: I’ll hazard a guess and say that a group of Indigenous Australians tasked with looking at this are unlikely to suggest that we should keep celebrating on Australia Day on January 26.
Just my prediction. 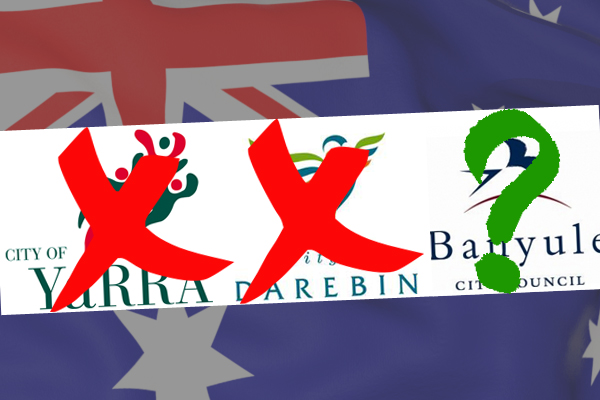