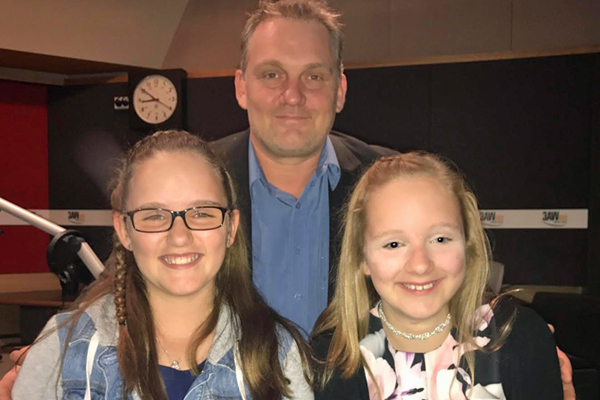 Young heroes have been recognised for their bravery at a special ceremony in Melbourne.

51 children, aged between five and 16, received the recognition at an event at the Windsor Hotel.

Two of those kids caught up with Neil Mitchell before the ceremony.

See more in studio with Neil Mitchell below

Georgia, 13 and Ebony, 11, were at home in Melton with their father.

They were feeling cold and asked him to light the fire.

But when the fire wouldn’t light, dad decided to put a bit of petrol on to help it.

He struck a match, the vapours ignited, and he was caught in a fireball.

He ran for the pool and told the girls to call Triple Zero.

This is what happened next.

NOTE: The audio has been heavily edited because it is so harrowing to hear.