Bernard Tomic has done it again.

He put in an embarrassing, half-hearted effort in losing his Round 1 Wimbledon clash against Mischa Zverev in straight sets.

But he was not half-hearted about being a massive twat in his post-match press conference.

Justin and Kate crossed to Wimbledon to speak to tennis journalist Ben Rothenberg to find out what the international reaction was.

“I think sadly, and maybe indicatively, people just aren’t all that surprised,” he told 3AW.

“He went straight into sabotaging himself and couldn’t shovel fast enough.

“Everything he said was just designed to cause trouble for him – it was an impressive amount of self-flagellation.”

Rothenberg said Tomic’s quote about not caring if he lasts until the first or fourth round was “an unthinkable quote for a professional sportsperson”.

And he said Australia’s international reputation for sportsmanship made the comments all the more surprising.

“I think given Australian sport culture, sportsmanship is held in a higher regard there than anywhere else I’ve been,” he said.

“I think Tomic knows that, and I think he’s really just trying to stir controversy.” 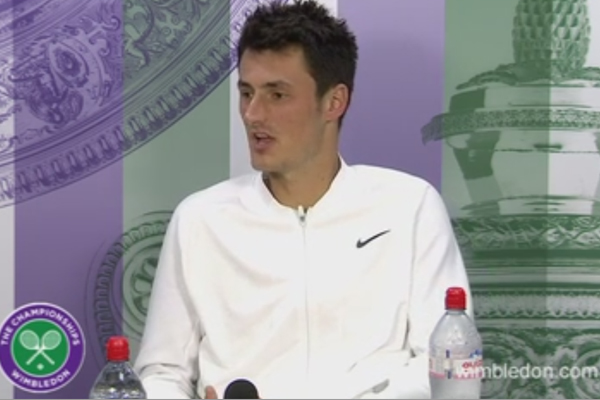