There were emotional scenes in the 3AW studios this morning as a mother was reunited with the paramedic who saved her little daughter’s life.

It all unfolded on the Neil Mitchell program as part of Thanks A Paramedic Day.

Balmoral mum Annette — and the recovered patient, Lily, 5 — had the opportunity to do just to paramedic Scott today.

Scott was among the first on the scene when Lilly became trapped between two cars in a driveway accident.

She was flown to hospital with injuries including a laceration to her liver.

It was Scott who fighting back tears this morning, knowing his work on little Lily had saved her life. 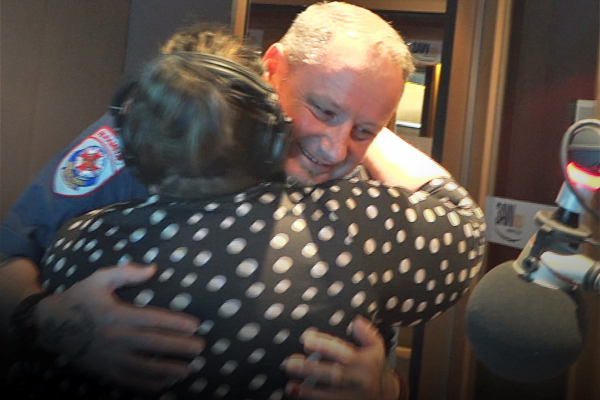